You Love To Hear The Story Again and Again

In "Pass the Peas" we look at how the competitive elements of the 70s South Bronx break beat DJ parties were transformed and amplified by new mediums in the 1980s. Playing these records back to back, you get a sense of how the Juice Crew and Boogie Down Production feud is set off. Whether Queensbridge or the South Bronx won matters not. What became clear was that as Hip Hop's profile grew on records and radio in the later half of the 80s and the excitement and tension of back-in-the-day park jam throw-downs could be capitalized on artistically and financially in this new era.


Post script: The above video has been rendered silent because I am on double secret Youtube probation because of the Tortoro mash ups.  Caught, can I get a witness? Word to Helen Keller.
A post by ARM 18 at 7/27/2011 0 comments

We Can Get Down

I'm taking this show on the road.  B Boys Keith Alford, John Chen, Dan Cao rock styles at Lehigh University, Bethlehem PA, July 2011. That's me in the background, flipping "Peter Piper," a Kraftwerk medley and some Arthur Baker madness. It is a B Boy showcase for "Pass the Peas," my sociology class on Hip Hop culture that I have taught at Lehigh for the last 9 years.
Bonus Beats

This B Boy performance was like- boom!- let's do this.  During a holiday department party at Lehigh I was DJing, these guys came in during their breaks from their jobs and threw down.  I love all the elements that make up this vid: The eagle-eye view, the checkered floor, the back n' forth "Apache" being bumped through my man Fearless Jones' borrowed home stereo and, most of all, the wild styles of Keith and Iz.
A post by ARM 18 at 7/25/2011 0 comments

Let Me Start From the Beginning At the Top of the List...

This summer the somewhat respectable XXL published a special issue documenting the "250 Greatest Hip Hop Songs: 1990-1999" The magazine took a decided editorial slant on the cover declaring "Rap's Greatest Decade Ever!" an interesting claim depending on your perspective or age or both.

I am not writing to debate the injustice of M.O.P's "How About Some Hardcore?' drawing 181st place.  Nor am I "mad" at the staff putting together this special edition unlike when The Source in 2003 self-servingly declared Hip Hop was in a "State of Emergency." I give XXL props for having the best intentions. 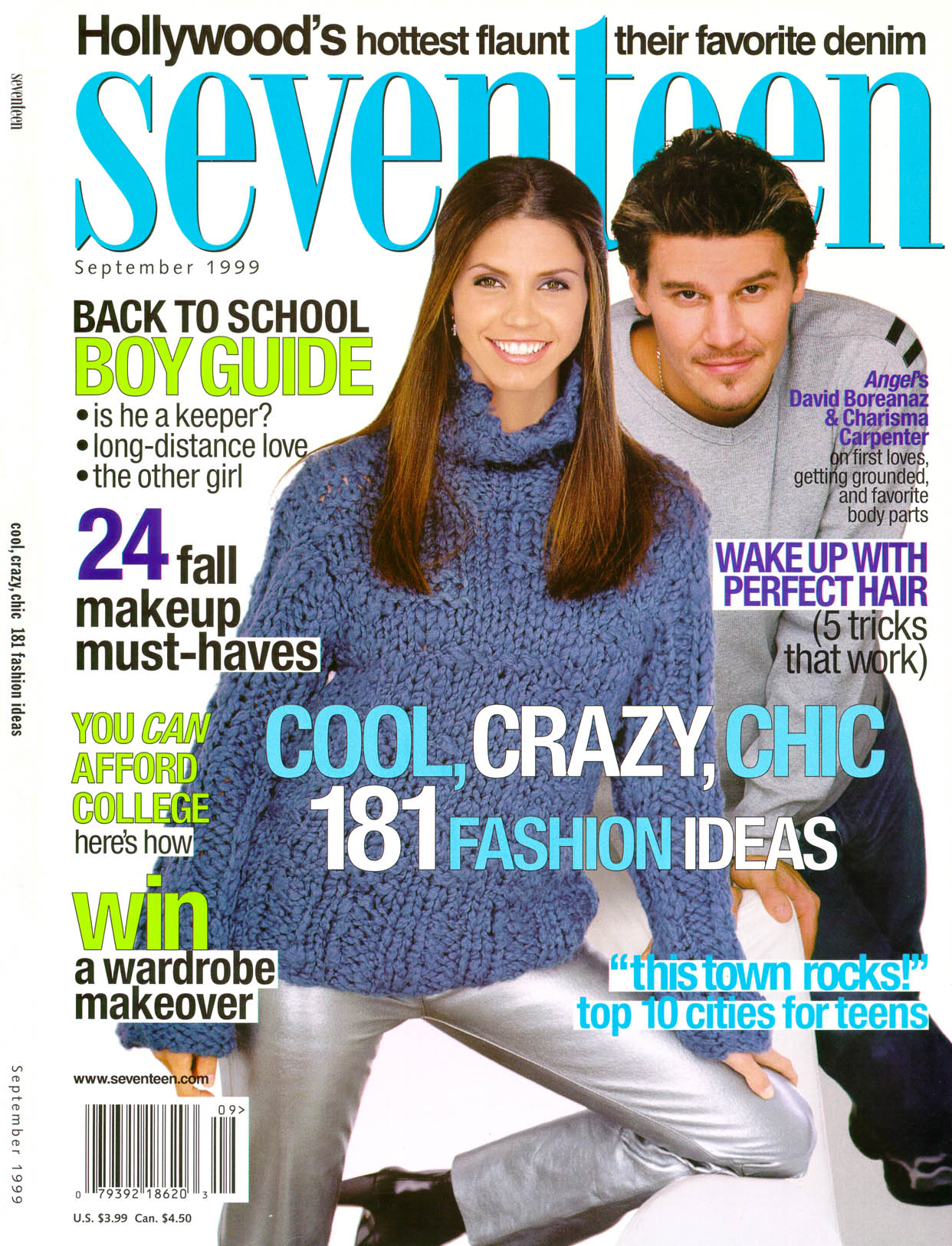 My criticism here is leveled at the magazine industry in general and Hip Hop "journalism" specifically.  First, "Top 10" lists are tired, shallow and arbitrary.  Lists reduce the amount of information relayed about a given subject, instead assigning importance numerically, sorry Listverse.  As means to convey ideas and opinions, this is like "teaching to the test" in public schools.   By aligning itself with Seventeen's marketing strategy, XXL undercuts its stated purpose in highlighting the staggering growth and transformation of Hip Hop music throughout the 1990s.
Despite my compliments to XXL above, my second argument essentially dismisses this special XXL 90s issue but not for the usual reasons.  I really don't want to debate how could Biggie have 5 songs in the Top 25 and Tupac only 3.  Or why "The Choice is Yours" is number 4 but "Come Clean" is 57.  What I want to know is the WHY of any of this.  What in the world is the difference between the dopeness of a song at 213 spot as compared to 196? Sales? Video requests? "Influence"?
XXL doesn't have a bad idea.  Quantifying data systemically in itself is an excellent way to make some general statements with firmer footing rather than immediately being dismissed as subjective.  (Hello, Emile Durkheim) I am not asking XXL to be sociologists but the editorial Introduction really outlines little to no methodology.  In support of its subject, the Introduction's vague reasons for why these songs are being chosen range from 90s rap embraced both art and sales "in balance" (didn't Run DMC do that already?) and "an MC had to have a classic skill set to deserve platinum selling power" (is that why Da Brat's "Funkdafied" was a humbling 157?) 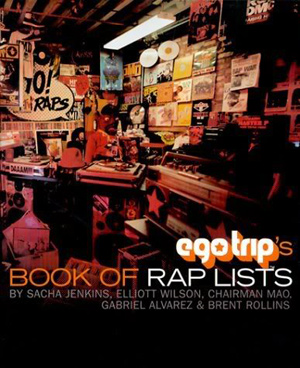 Here's what I am proposing and it is no different than what Sacha Jenkins, Elliot Wilson et al. have previously accomplished.  Let's simplify the numbering and increase the complexity of the organization.  No one cares what is beyond the Top 40 of anything and even forty might be stretching it.  But Top 40 is an industry standard and the Ego Trip staff did an effective job of chronicling Hip Hop's first 20 years of music using this method.
Then let's choose categories to organize the acclaim and accolades.  For instance, by all means include what are the Top 40 Best Selling Songs of the 1990s.  It will interesting to see where there is crossover when you develop other means to organize what we believe are the signature works of the decade.  It is our intention that many of the categories are quantifiable measurements such as the following:
Are these the best measurements of Hip Hop artist's worth? Of course not! But with this data then you can start making interpretations that are worth more than just IMO.  Consider the following categories if they are casually correlated with some of the above data.
When you take the above measurements and begin to connect them with qualitative evaluations, we can make judgements about 1990s Hip Hop that is less water cooler fodder and actual generalized theory.  For example, if we identify Pete Rock's early 90s signature horn samples as a key ingredient to not only his own profile but to the success of other imitative rap records of the era, then a claim that Pete Rock is one of the top producers of the era has a certain weight. 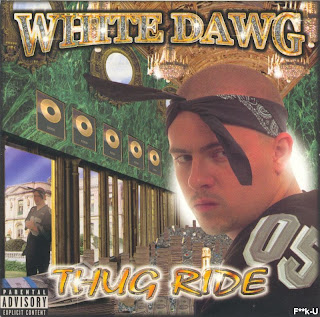 With this type of approach, now we can start taking into account the effect on the industry Cash Money and Pen & Pixel had on rap music marketing.  Or how the game really did change when Puffy started rhyming.  Or why Large Pro's first filtered bassline in "Looking At The Front Door" may have a more substantial influence than Dre's high pitched siren.
This really isn't rocket science and it is dubious social science as well because God knows Billboard measurements and radio programmer's data is skewed.  But it's all we got! And we must try something other than reducing the history of a culture into a 250 iTunes playlist.
For the record, XXL's choice of "Nuthin' But a 'G' Thang" as number 1 is fine in my book.  It is the moment Dre stepped into his own and Snoop emerged as a pop star.  More significantly, "G Thang" effectively ended the "Golden Era" of Hip Hop and ushered in what William Jelani Cobb called the "Industrial Era" of rap.  I will end this tirade with 250 which was "Take It Personal" for whatever reason.  Still missing, Guru! R.I.P.