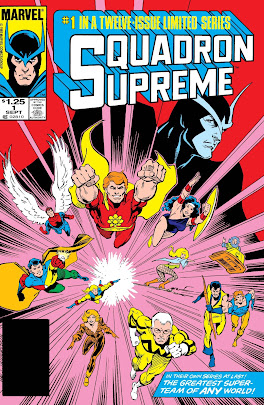 After a mass global conflict, governments and nations are teetering on collapse. The Squadron Supreme are the only superhero team left on Earth.

In the beginning, the Utopia Program seems successful. Squadron Supreme round up all weapons and provide every human with non-lethal personal protection devices such as a force field; violence drops dramatically. The Squadron control food production and worldwide hunger decreases. 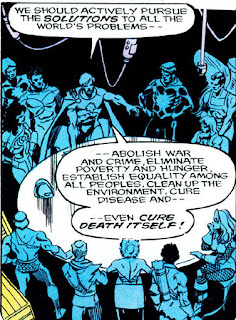 One of the most controversial measures of the Utopia Program
is the Behavior Modification machine, a technology that attempts to “decriminalize” any thoughts or behaviors a past convicted criminal may have. Behavior-modified convicts subjected to this device had their criminal records eradicated and were provided jobs in the various nation-wide restoration projects. 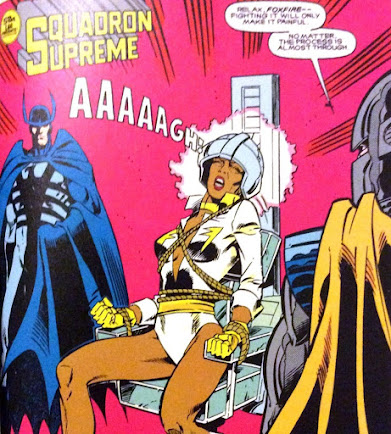 Despite the Squadron being super human, they are far from infallible. They have secrets, ambitions, shame, ego, hopes and despairs. These are the individuals making and enforcing all public policies and norms for society. 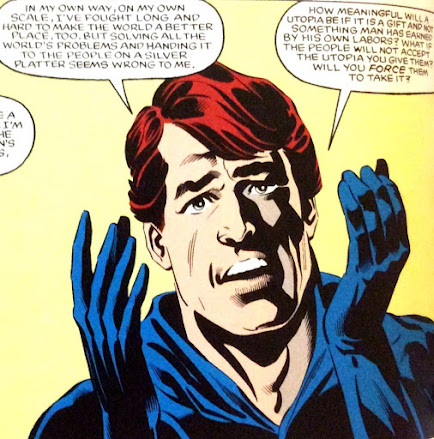 Members of the Squadron Supreme disagree on long-term consequences of such sweeping power they possess over humanity, tragically fighting amongst themselves and ultimately disbanding the Utopia Program. 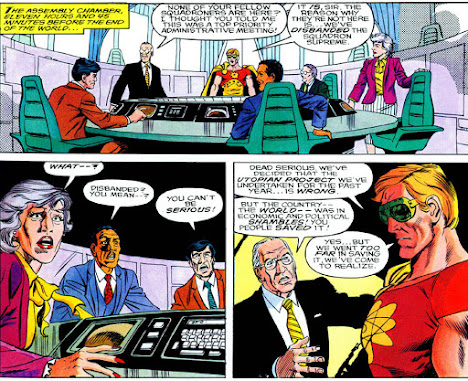