"It Was All A Dream" : Does Hip Hop Culture Have a “Collective Consciousness”?

The Rose That Grew From Concrete

As always, using Simon Frith's "Technique and Technology" theory as our guide, we have learned through a combination of Cobb's To The Break of Dawn and Philipe Bougouis' In Search of Respect that Hip Hop music in the modern era is an amalgamation of the Blues ethos with South Bronx boom bap.  By the early 90s, rap music became in particular characterized by the tragedy of urban America's crack cocaine epidemic, from its lyrical content to how it has been marketed by a global entertainment industry. 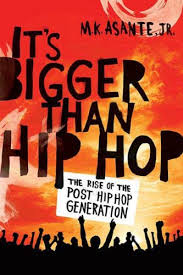 For an understanding of Hip Hop music in 21st century, rather than analyze record sales or identify who pioneered the seemingly infinite sub-genres of rap, we turn to Rha Goddess' essay "Scarcity and Exploitation: The Myth and Reality of the Struggling Hip Hop Artist."  This essay along with Danny Hoch's "Toward a Hip Hop Aesthetic: A Manifesto for the Hip Hop Arts Movement" and, importantly, M.K. Asante Jr's chapter "Old White Men (Or, Who Owns Hip Hop?)" from It's Bigger Than Hip Hop provide for us a concluding analysis of where Hip Hop has come from, how it has grown and its present state.  This is not a dissection which rapper is the "Greatest Of All Time" but are far more serious quest to identify Hip Hop's Collective Consciousness.

First, Rha Goddess defines Poverty Consciousness as psychological fear of lacking material items and denial of self worth.  It is oft romanticized belief that this mental condition and material state is beneficial to artistic process.  For example, while it is an oversimplification, we often correlate oppressive conditions with creative (Black) output.  Think how we connect Jim Crow era oppression begetting the blues or urban strife in our America' northern cities creating the sound of jazz.  Or the people in the South Bronx birthed Hip Hop culture in the face of post industrial peril.

Similar to “traditional aesthetics” of Rock n Roll (automobiles, girlfriends and growing up), Hip Hop music refers to themes of poverty as metaphor for a collective “struggle”.


This album is dedicated to all the teachers that told me I'd never amount to nothing.  To all the people that lived above the buildings that I was hustling in front of that called the police on me when I was just trying to make some money to feed my daughter.  And all the ni**as in the struggle – Notorious B.I.G. “Juicy”

Further, Hip Hop was more “pure” in the Golden Era or “real” in the 1990s Modern Era.  Contemporary rap must measure up to its past. 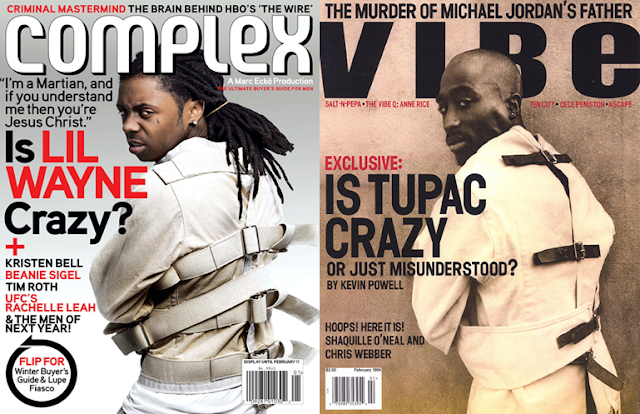 Watch the similarities in attitudes, messaging and marketing in this interview with NWA in 1988 and Odd Future in 2012

It is a fluid but key ingredient in the interactions of Hip Hop culture. Hip Hop CC revolve around the understanding of personal and collective identity, history, economy, competition of survival, scarcity of resources, and feelings of exploitation (real or imagined). It at once a collective sense and a highly individualized concept of self.

Big K.R.I.T., Ludadcris and Bun B. simply call it "Country Sh*t". Luda: "I might not be shit to you but my mamma thinks I made it"

Or Meek or Rick Ross in "Off the Corner"

Hip Hop CC holds that poverty and struggle breeds creativity. American popular culture and Hip Hop romanticizes the struggle of being rags to RICHES, transformation and triumph. From Horatio Alger to Jay-Z, American values maintain that those “who work hard enough” will succeed. This emphasizes the victory of individual will vs. social challenges of family history, doubting peers, institutional poverty, societal wrongs and misfortune.

Rappers who obtain credibility and validity define themselves in lyrics, images or symbols as possessing or experiencing any or all of the following:

If an rap artist has not struggled to obtain this, they are “commercial”, "pop" or “sellOUTS.” Paradoxically, credibility is diminished by SUCCESS.  (This was especially true during Hip Hop's Golden Era from 1987 to 1993).  What is the incentive to be anything else other than a "starving artist"? You must maintain the appearance of struggle even while succeeding. 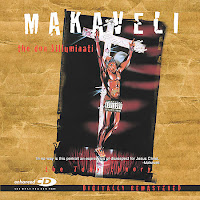 It comes with a price though: https://www.nbcnewyork.com/news/local/rapper-supa-sport-arrested-in-life-imitates-art-scenario/1920860/

If an artist commits to having credibility they accept being under acknowledged and underpaid because society doesn't “value” art with integrity. Thus, rappers who choose financial success often adopt “dumbed down” strategies.

While Jay-Z might have said that in 2003, ironically, as Jay-Z  career continues his elevated and celebrated status allows him the privilege of purusing Hip Hop that he  purposely identifies as "art". In the following video, he dances, raps and rubs elbows with some the most elite and renowned fine art painters and performers of our time: 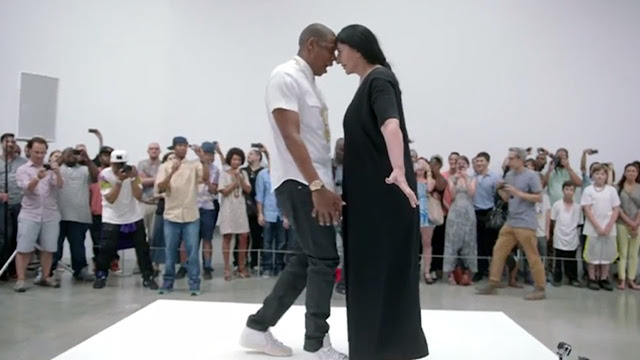 
What are some organizations or methods used to indirectly seek profit from Hip Hop?

The Hip Hop Industry is largely owned and operated by “elites” and not people of color. The “Big Four” Universal Music Group, Sony BMG, EMI Group, Warner Music Group account for 82% of US Music Market and 90% of the retail market in the 21st century’s first decade. There are no Black Americans in the top executive positions of these companies.  Rap record labels and “black entrepreneurs” like Diddy, Russell Simmons, Jay Z are actually “owned” by their Big Four “parent” company.

Diddy, Simmons and others employ “perception management” to create the illusion of control over the content of the music.  Ultimately, these entrepreneurs make more money from clothing, liquor sales, car parts, etc. and other accessories than they do from music. Watch Lil' Flip's "struggle" to manage all the trappings of stardom.

To quote Jay Z, truth be told, major label rappers have little to no ownership in this distribution, marketing and ultimate profit from their product.  The “Big Four” Universal Music Group, Sony BMG, EMI Group, Warner Music Group account for 82% of US Music Market and 90% of the retail market. There are no Black Americans in the top executive positions of these companies. Rap record labels and “black entrepreneurs” like Diddy, Russell Simmons, Jay Z give an illusion that the Hip Hop industry is "black owned" but the Big Four are really “parent” companies of the most prolific Hip Hop success stories.


So the following questions must be clearly answered if we are to think that Hip Hop music is something more than disposable entertainment:

And, yet, Dame Dash and Cam'ron are held responsible in this interview:


“Commercial” Hip Hop is programmed by corporations that have little to no Black or ethnic representation despite peddling a product that purports to be “Black.” As a result the music:
• Has lost its edge
• Sense of rebellion and Black improvement
• The founding principles of artistry and empowerment

“If skills sold, truth be told, I'd probably be / lyrically, Talib Kweli /
Truthfully I wanna rhyme like Common Sense / But I did five mill'
- I ain't been rhymin like Common since”
- Jay Z “Moment of Clarity"

Hip Hop music at it best is "Edutainment," food for thought over sublime beats. But its capacity to subvert norms and revolution communication and pop cultural expression so readily realized in the 1970s, 80s and 90s have been stunted.  Hip Hop "artists" and its audience may one day desire more than material success and it express themselves accordingly.  But likely, we won't call it Hip Hop anymore.
A post by ARM 18 at 6/23/2013