“Concentration on creation is my daily operation /
It’s a mission coming up a Nubian within this nation”
- PS Chase, "Now Power" 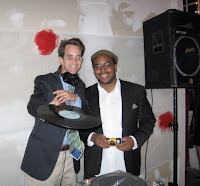 If you ever once to hear me DJ and were so kind to thought I was cool, it is entirely because of Malcolm Little.

Malcolm blessed me with my tag and DJ name ARM 18. Just my initials and age at the time- it had an old school TAKI 183 feel to it. But like the sticker he put it to, it stuck. Because long before I ever did, Malcolm believed in me.

Mal, Moods, Public Speaker, Chase, IndyMal, MalArts et al was a true blue Renaissance man, a travellin’ man; a sci-fi afro punk artist-in-residence, perpetually on the move, like a rolling stone, but who most often called Staten Island home. We met in the summer of 1993 in upstate NY at Bard College and immediately set off on adventurers with our fellow mad ones, “the ones who are mad to live, mad to talk, mad to be saved, desirous of everything at the same time, the ones who never yawn or say a commonplace thing.” Malcolm was mad in this way and became our unassuming fearless spiritual leader: General of the Love Army International, Outback Master, clutch hitting outfielder for the Easy Living Krew.


“Get into mastery of self not mastery of men /
I keep a whole mess of fam but very few true friends”
- PS Chase, "Now Power"

Malcolm rolled deep, but to know him you had to accept he was decidedly an enigmatic loner. Nonetheless, he was seemingly a friend and ally to many, having a rich personal history that touched all five boroughs and beyond. His smile and kindness were a strength not to be underestimated.

Nor was his intolerance for herbs, bullshit and injustice. When Malcolm was in your presence, it was time to build and destroy, activate and motive, blow up the spot. He owned a kinetic intellect; for Malcolm, theories and experiences were one in the same, he seized the moment with a loving death grip in order to know the ledge.


“Programmed with the man with the hat and the tan /
Captain Chase throw another phat style in the can”
- PS Chase, "Now Power"

Malcolm could drop science without a lecture. There’s an effortlessness to his affective artistry found in the dozens of mediums he utilized: spray cans, blackbooks, canvas, graphic design, film, guitars, drums, samplers, a jean jacket, a pad and a pen, to name but a few. Mal was also a prop master, never without a go-go gadget: a Sharpie, a skateboard, a microphone, a camera, a lighter, a flower.

He possessed the gift of gab, the poetics of a statement as significant as the idea. Speaking upon racism: “And therein lies the tragedy, a kind of fucked up form of perfection.” He could speak upon Marshall McLuhan, McCoy Tyner or Malcolm McLaren with verve, ease and expertise. Malcolm took a phrase rarely heard, flip it and it became our daily word: parlay, tical, maintain, true, fam, audio goldrush, stereo moonrise, dub lodge, the Tragic NorthEast. 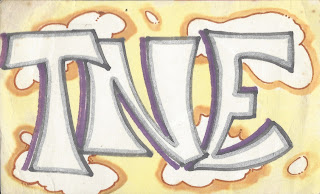 “As my city’s sinking time to jump in the life boat /
stay fluid with thoughts and action, jack, that will keep hope”
- PS Chase, "Open Wide (Approaching Terra Nova)" 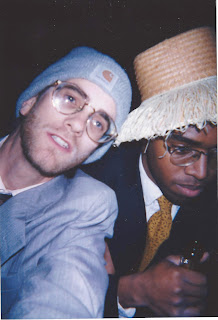 With Malcolm, we were always on a “mission”. We trekked through a foot of snow in the Catskills and discovered an abandoned Fresh Air Fund tennis camp seemingly sealed in time, each cabin a treasure trove of 1970s memorabilia; with 7,000 other NY state college students, Malcolm stormed Albany’s capital center in protest of Pataki’s proposed 1995 budget cuts in higher ed for the underprivileged; at a 1999 spring fair, I cut up break beats in front of confused Lehigh University students as Malcolm chose not to rhyme on the mic but break out his harmonica and blow like Bobby Dylan. Don't think twice, he winked, it's alright.

He was the first person who taught us that you could choose your own family, my freshman year roommate “Matt Kenny” recalled. “So many memories I have of him involve intimate conversations that took place amid noise and activity. But it was easy to feel like you were alone on an island with Malcolm, exploring underlying reasons for the failures of the past and present, plotting how to make the future much, much better.” When finishing an immense mural that blended science fiction with 60s counter culture psychedelia in Bard’s Old Gym, he considered his work and remarked, “In this world, even love needs an army.” 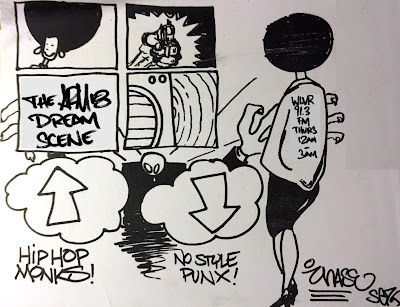 He commissioned me ARM 18 and called my DJ sets the “dream scene”. Being “named” not only felt like an honor, but a duty. I wasn't alone in receiving such a gift, the disciples he never asked for were the beneficiaries of his magnanimity as well. In friendship, Malcolm expressed loyalty by pushing you to be more, encouraging you to remix yourself as much as possible in order to produce, create, innovate on a higher level. We would find comfort in our skin if we continued to shed it.

Malcolm, you selflessly gave so much to me right up until your last weekend: vision, encouragement, playfulness. I just want to quit DJing now and shut it down but I hear your voice applauding me on: “ARM One Eight flip the plate / it’s time to make perfect blends / because all this hip shit needs to hop now and then”

Peace, akhi. Your work will not go unheard, unrecognized or unseen. Immaletemknow.

And Mal, I apologize, sincerely. It felt like you shared with me everything but the burden. I offer all my love, utmost respect and am eternally grateful. I hope I am what you expected. 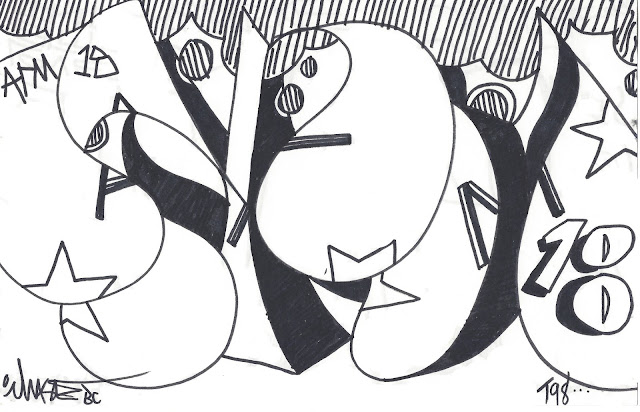